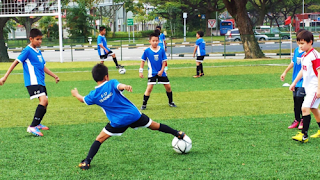 Back in the day, football was a sport mainly confined to the eastern and northern parts of the country. It is a sport which was much neglected following the end of the British rule in India and the rise of hockey and cricket respectively. As a result, the world’s most popular sport suffered from a lack of professionalism in one of the most populated countries in the world. Poor administration ensured that proper infrastructure and incentives weren’t provided and with no icons to look up to, the youth was hardly aware and encouraged to take up the sport seriously. One of Swami Vivekananda’s highly recommended sayings, ‘You will be nearer to heaven through football than through the study of Gita’ may have at best, just being given lip service or at worst, never even studied or heard of by many. Come 2017 and a traditionally cricket-charmed country is steadily embracing the value football brings to people from all walks of life. Many economies of the world have developed simultaneously with the soaring acceptance of the 90-minute sport, as they have realized that their future lies with the youth and their demands, interests, attention span, time and money. Whether they play or watch it, whether it’s about the high-paced nature of the game, the rush of adrenaline and a variety of skills and tricks involved, falling in love with the beautiful game is just a matter of time with more exposure towards it. The duo which revolves around Mumbai in the country is finance and sport. The growth of football is still a work in progress in the city and unless it isn’t more actively involved in it, more time will be taken for India to shine on the continental stage, let alone the global one. Adding fuel to this long walk to footballing freedom, Sportobuddy helps in finding you the most ideal football coach in Mumbai. We realize that there are many coming up in various parts of the city, whether you reside in Thane, Navi Mumbai, the suburbs, the center or in town. With talent galore and inclination towards the game being at an all-time high due to the advent of football leagues around the world, it is just a matter of nurturing this combination that will bring out the best players who could go on to represent the country and well, who knows iconic franchises such as Manchester United or Real Madrid one day! Now you can help your child find the best Football Academy in Mumbai for himself or herself by booking it with Sportobuddy for mouth-watering packages, at lightening fast speed and at an area of your convenience. You can now find all the details regarding the coaches, the academy, batch timings, client reviews and much more. All at just a tap of a button on the Sportobuddy App or a click of the mouse on our website. You can be ensured of a variety of options to select from, giving you a dilemma of choice worth scratching your head for! Should you want to play the sport just for fun and solely for its sake, you can find like-minded people to train with. Football is a team game, and like Sportobuddy’s motto goesFree Articles, connects people like none another and is a way of life for everyone.