Lionel Messi has suffered another injury setback and will almost certainly be out of Barcelona’s La Liga fixture with Osasuna at the weekend.

Messi has struggled to get back to fitness after he picked up a calf injury while playing for Argentina in the Copa America earlier in the summer.

The 32-year-old has been working closely with club physios but is still some time away from full fitness.

Given his importance to the side, manager Ernesto Valverde is keen on him recovering as quickly as possible but also realises he must not be rushed.

Valverde said after the Real Betis match, which Messi missed, that there wasn’t a ‘positive feeling’.

He added: ‘We already said that we wouldn’t rush any player [and] what we wanted to avoid was a relapse.’

Barcelona started off the season with a defeat at Athletic Bilbao before defeating Real Betis 5-2 without the injured Messi. 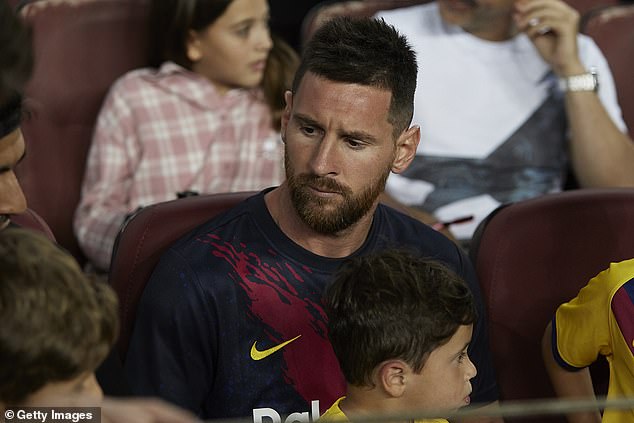